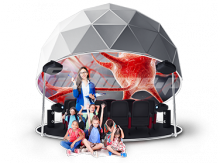 EDUCATION DOME is an innovative interactive education format, where the barrier between the screen an audience is broken and the class is transported to where the story is taking place.

This happens because learning material is presented as an immersive 360 experience that is shared and social, promoting deeper engagement with the subject and better understanding as a result. 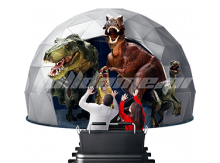 The 360 ATTRACTION DOME from Fulldome.pro is a new format of interactive amusement attraction, where a fully immersive dome screen, surround sound and motion chairs combine to deliver the audience an incredible 360 VR immersive adventure that is a shared social experience. The 360 ATTRACTION DOME is designed to take the audience on a roller coaster ride, a space flight, or to bring them our wide range of 360 movies. 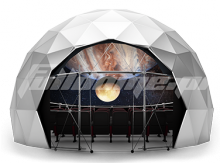 MOBILE PLANETARIUM from Fulldome.pro offers everything a traditional planetarium can, plus the benefit of extreme portability to travel to distant audiences. The very latest science and space shows, a 3D astronomical simulator, compatibility with well-known astronomical applications (e.g. Worldwide telescope, Stellarium) – everything is included in the Fulldome.pro MOBILE PLANETARIUM solution. 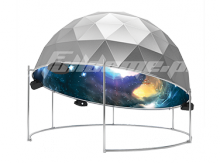