IMAGINING IT IS COMPLEX.
USING IT IS SIMPLE.
DELIVERING IT IS REVOLUTIONARY.

Fulldome.pro 360 dome theater is a new format of seeing and showing things, where a 360 VR immersive experience is not individualized, but actually, a shared social activity. One hundred people can comfortably be settled in a 12 meter (39 feet) dome which is transported in a minivan and installed in half a day by a small team. With Fulldome.pro 360 dome theatre you are able to travel wherever you want and bring incredible massive 360 VR immersive experiences with you. 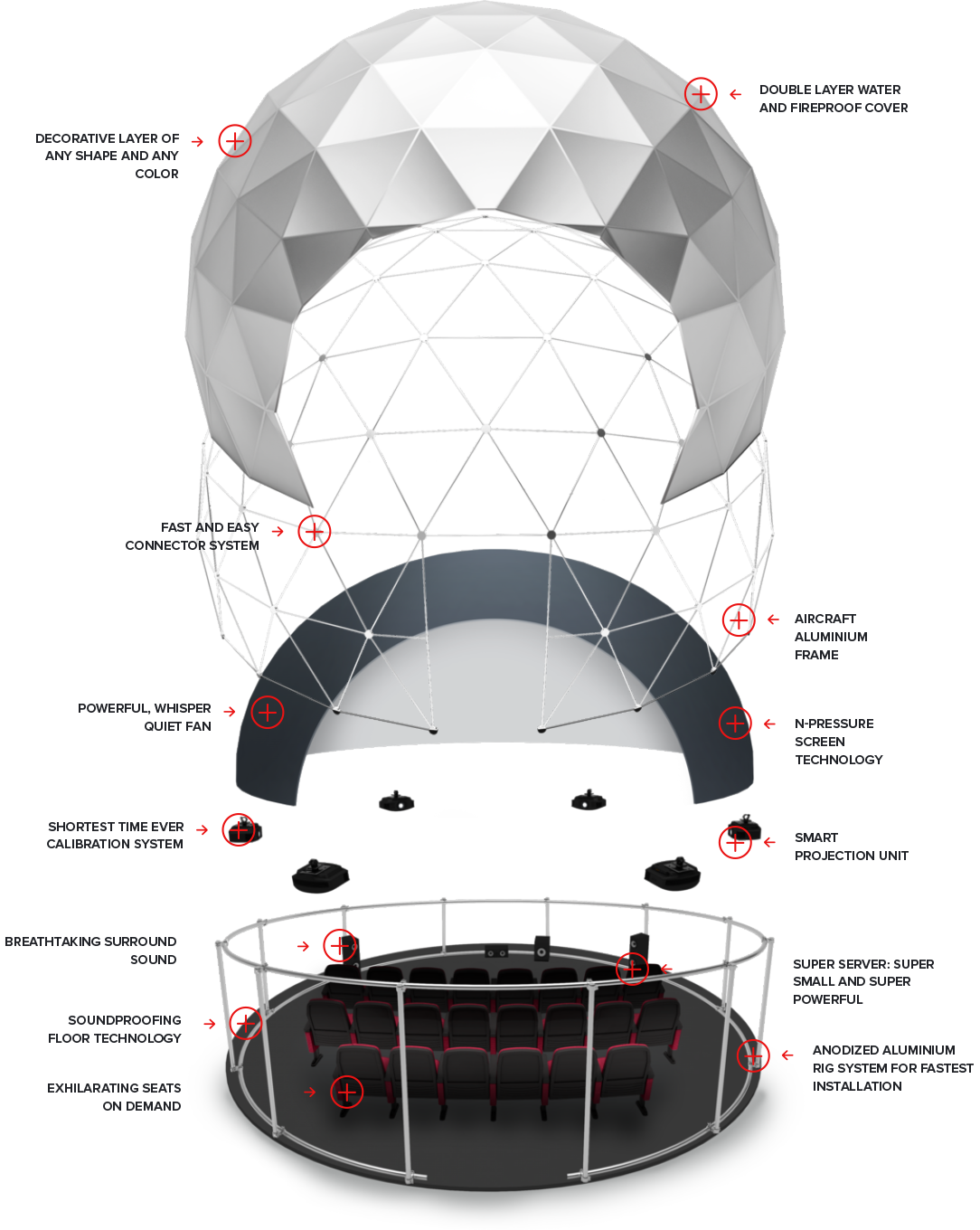 Everything you need to become the centrepiece of any amusement park
Make learning experiences exciting and absolutely unforgettable
A dome that draws attention to your event, party, or participation in a trade fair or exhibition
Get more people, in more places, excited about science and space
Learn More