The team at Fulldome.pro was honored to participate in the Future 1KM Festival in Shanghai, China. The festival was designed to provide an innovative presentation platform for digital artists and immersive technology. Twenty-one domes of various sizes were set along the North Bund, a riverfront area in central Shanghai. 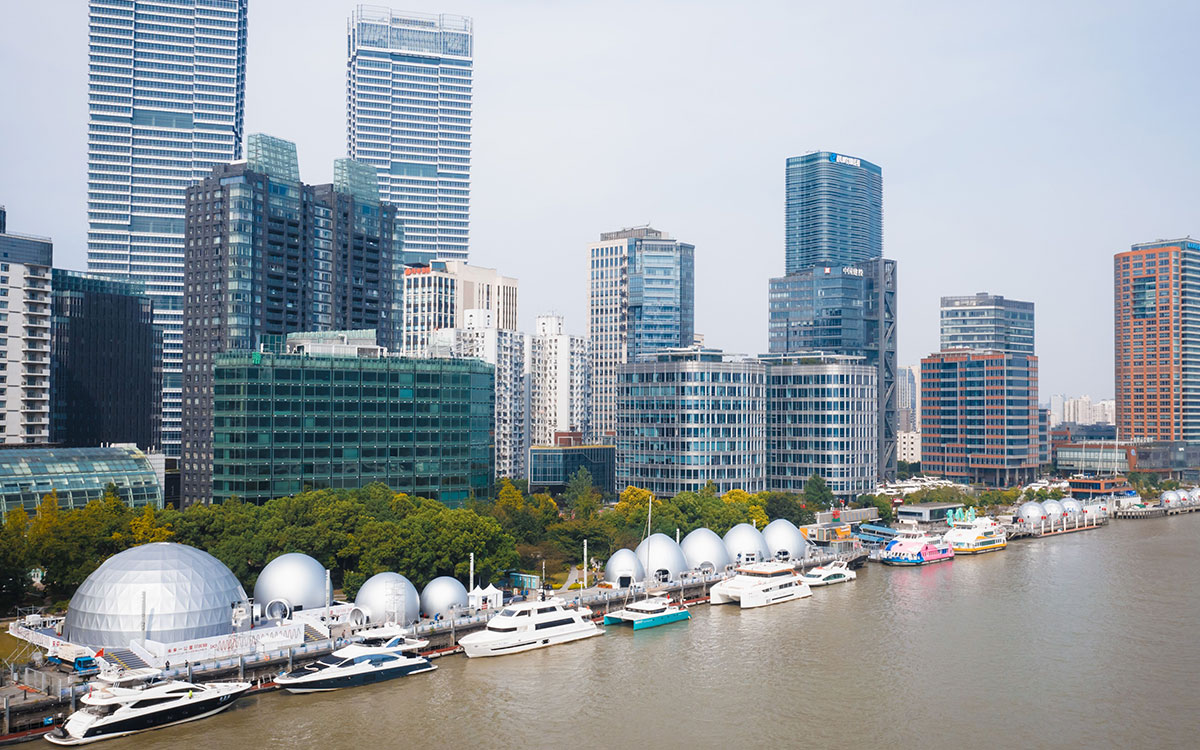 We are a company that believes in pushing the boundaries of innovation with our state-of-the-art projection domes to give our clients an immersive experience in more ways than one.

The Fulldome.pro interactive space at the festival had different domes to cater to every need of the festival-goers!

Our 12-meter dome was equipped with Microdose VR stations that combine art, music, and dance into a real-time virtual reality gaming experience and allow participants to control the world inside the dome.

A 10-meter dome together with an 8-meter dome catered to the movie lovers at the festival with its extensive collection of fulldome shows. 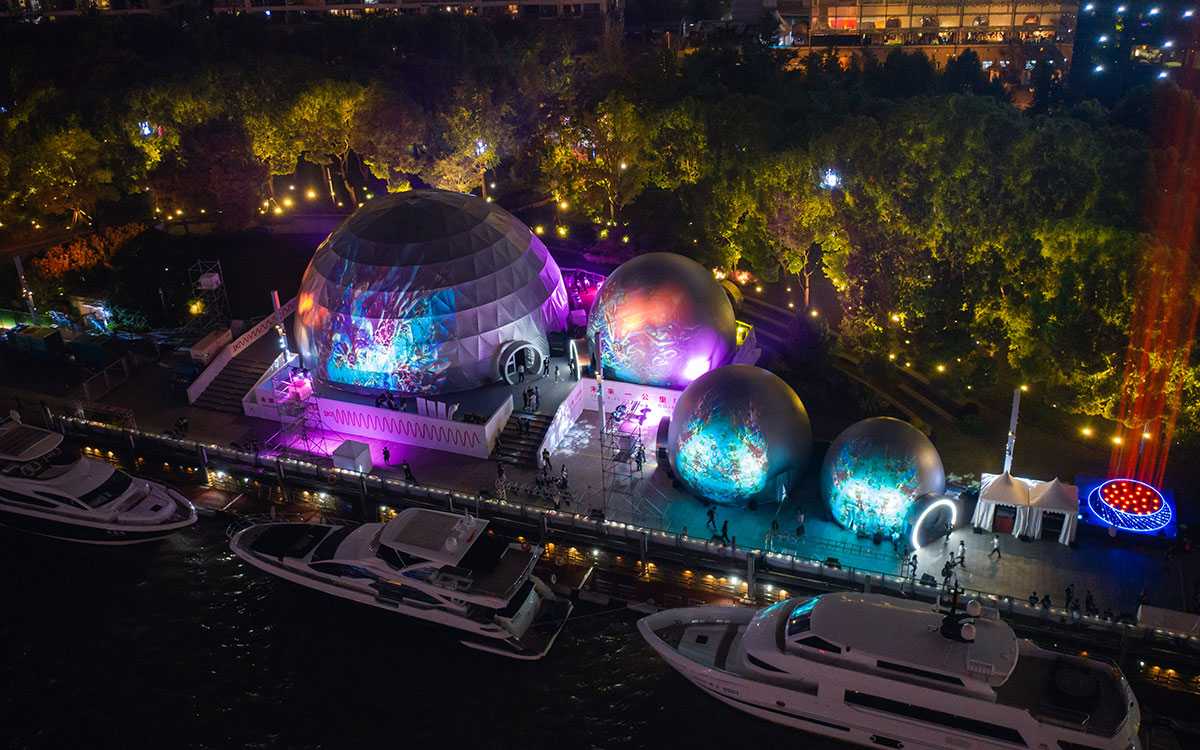 Special session for the festival opening

The biggest dome at the festival, our 25-meter dome, served as a stage for special sessions that included an opening ceremony presentation and an unforgettable Microdose VR live performance by digital artist Android Jones, accompanied by the divine singing of our beloved vocalist Marina Kurnosova. 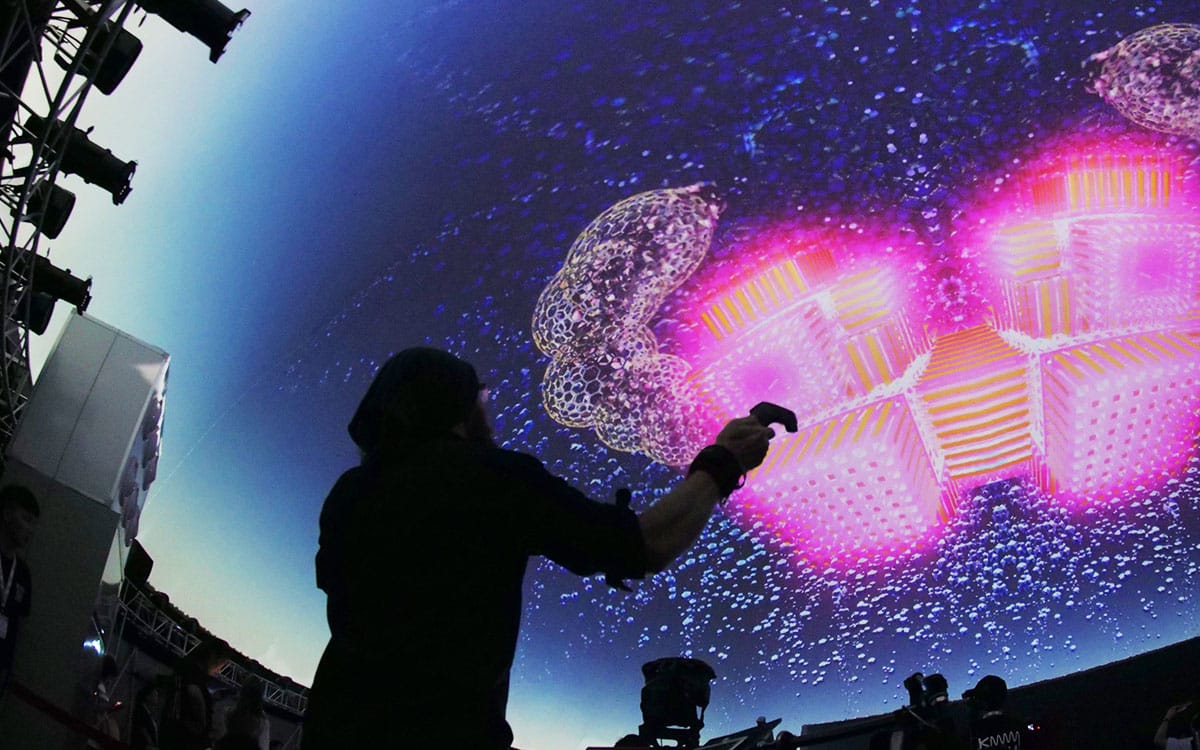 The Fulldome.pro 360º interactive presentation covered different possibilities for the fulldome industry. Many influential decision-makers of the city, including the members of the government of Shanghai gathered in the dome for this event. The presentation was in a fully immersive format. Information was presented on a large LED screen with mindboggling images on the fulldome screen, to create an enveloping effect which astonished the audience. The real-time synchronization of the content between LED and fulldome screens was made possible with TouchDesigner software, a visual programming language for real-time interactive multimedia content. This technology allowed us to hold the attention of an audience much longer than conventional 2D presentation, by providing an immersive environment that lingered in the minds of the viewers.

To add to the interactive experience of the guests, animated virtual reality hosts welcomed them into main dome. In addition, the synchronized mapping of the images was distributed among the eight domes and created an unforgettable visual effect for the guests.

“Being at Future 1KM Digital Art and Technology Festival was a fantastic experience for us at Fulldome.pro. We were so pleased that Future 1KM festival chose domes as a key feature of the biggest innovative event in Shanghai, which was also a part of the celebration of the 70th anniversary of the People’s Republic of China.”

This festival was such a huge success that the organizers decided to continue with this amazing event next year. Fulldome.pro is looking forward to surprising visitors with more innovations.