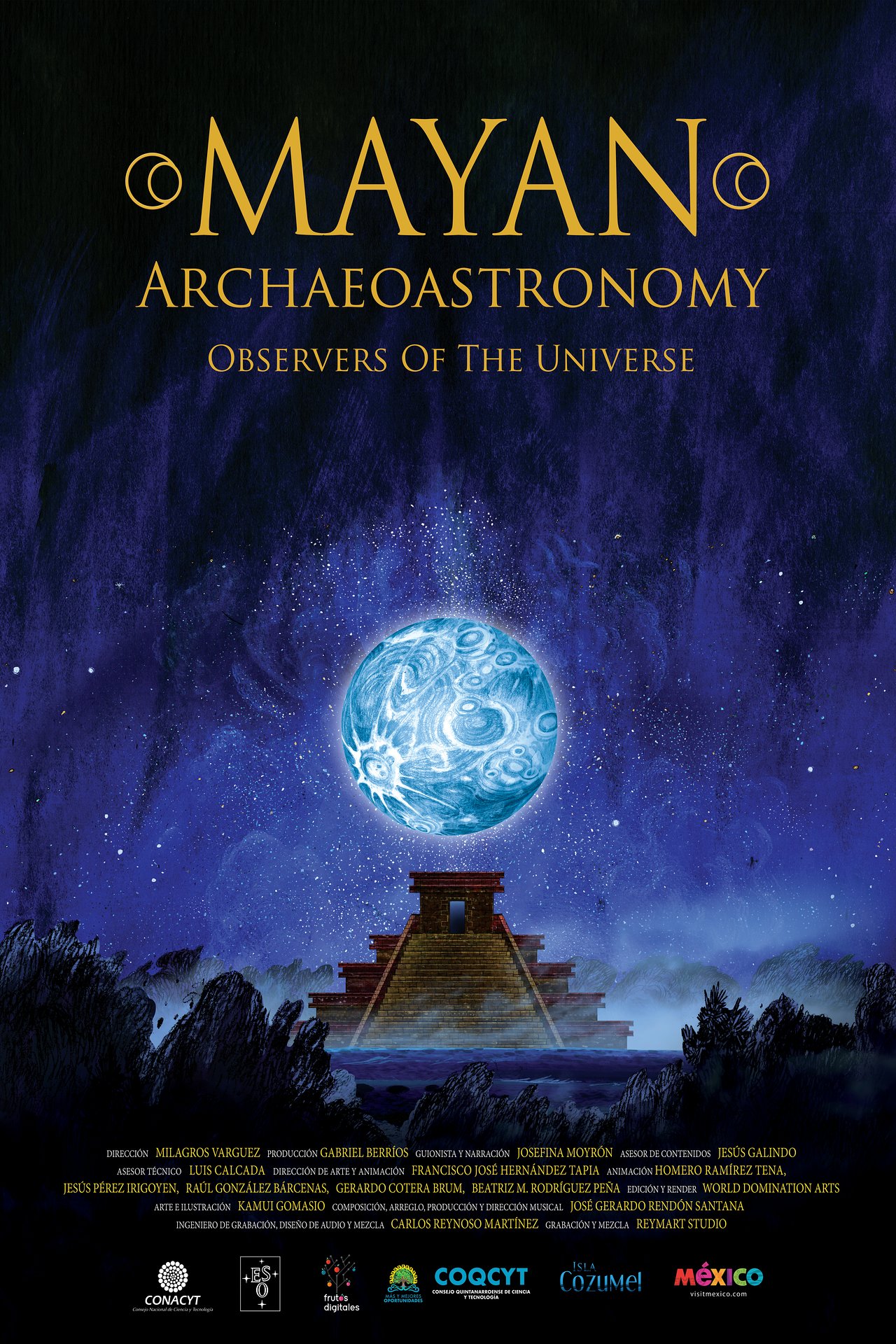 Mayan Archaeoastronomy: Observers of the Universe

In a feast of colours and sounds, Mayan Archaeoastronomy: Observers of the Universe makes a tour of 6 Mayan temples: San Gervasio, Chichen Itzá, Uxmal, Edzná, Palenque and Bonampak where the spectator dives into a Mayan world of knowledge about the importance of the orientations of its temples in relation to the movement of some stars like the Sun, the Moon and Venus.

Mayan Archaeoastronomy: Observers of the Universe is the first movie for fulldome completely animated made in Mexico. It is narrated in 4 languages English, Spanish, Portuguese and Chinese. It is a film financed by the National Council of Science and Technology of Mexico, produced by Frutos Digitales with the support of the European Southern Observatory (ESO).