MY GOD, IT’S FULL OF STOCKS!

Fulldome.pro has provided a 5 meter diameter dome and HDX4 projection system to provide the canvas for artists Lise Autogena and Josh Portway and their Black Shoals; Dark Matter installation at the Big Bang Data exhibition at Somerset House London.

Black Shoals; Dark Matter is a real-time representation of the financial markets, driven by live trading data from the world’s stock exchanges. Companies are represented as stars that flicker and glow in real time as shares are traded around the world. The brightness and duration of the glow indicates the volume of the trading activity. The stars slowly drift in response to the complex currents of the market, clustering and dividing into slowly changing nebulae, galaxies and constellations. It is an evolving artwork which began in 1998 and was first exhibited at the Tate Britain in 2000.

Black Shoals; Dark matter is yet another example of Fulldome.pro co-operating with artists from around the world. 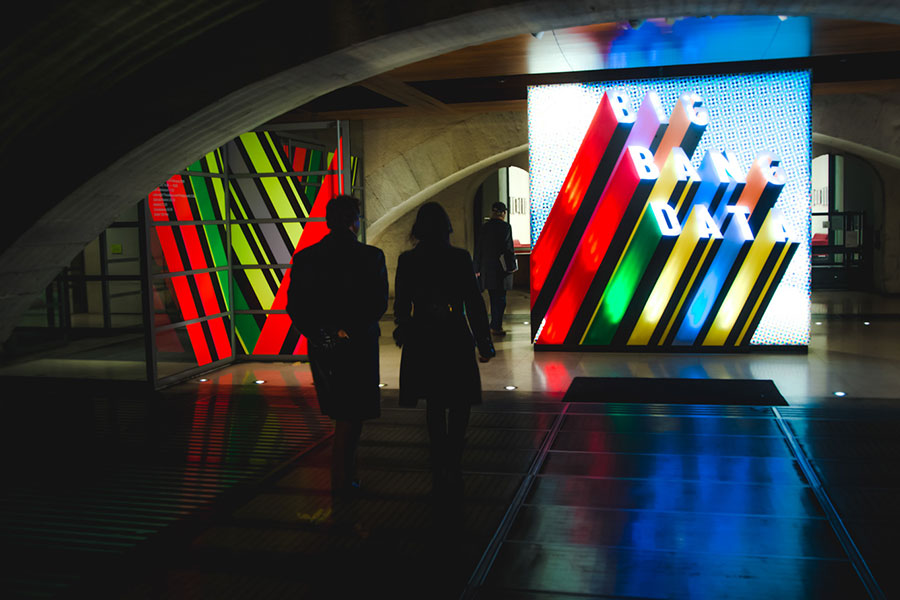 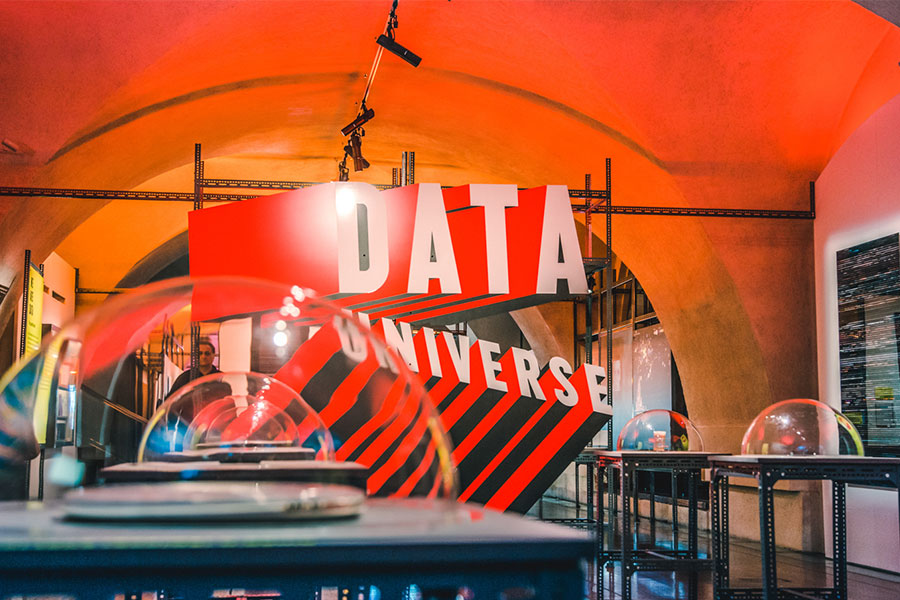 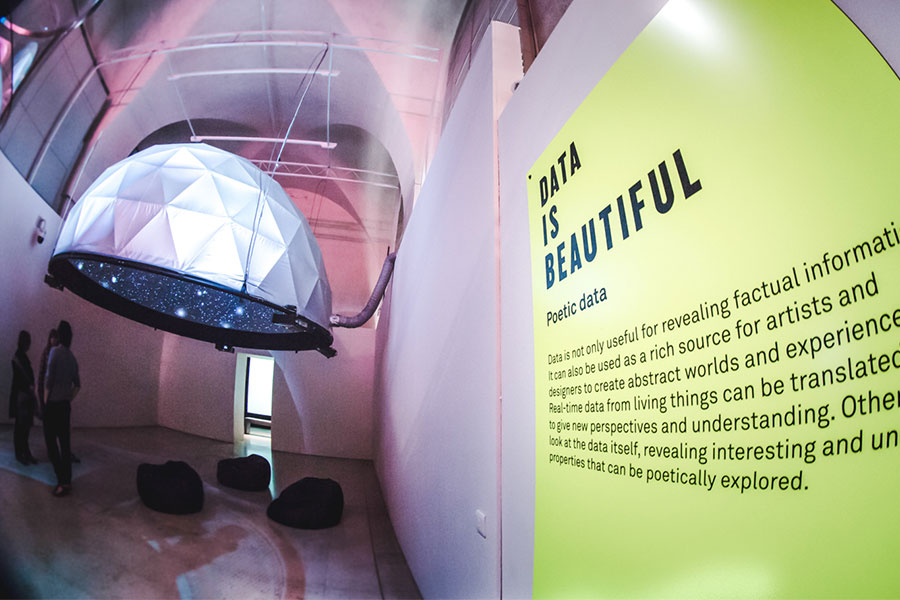 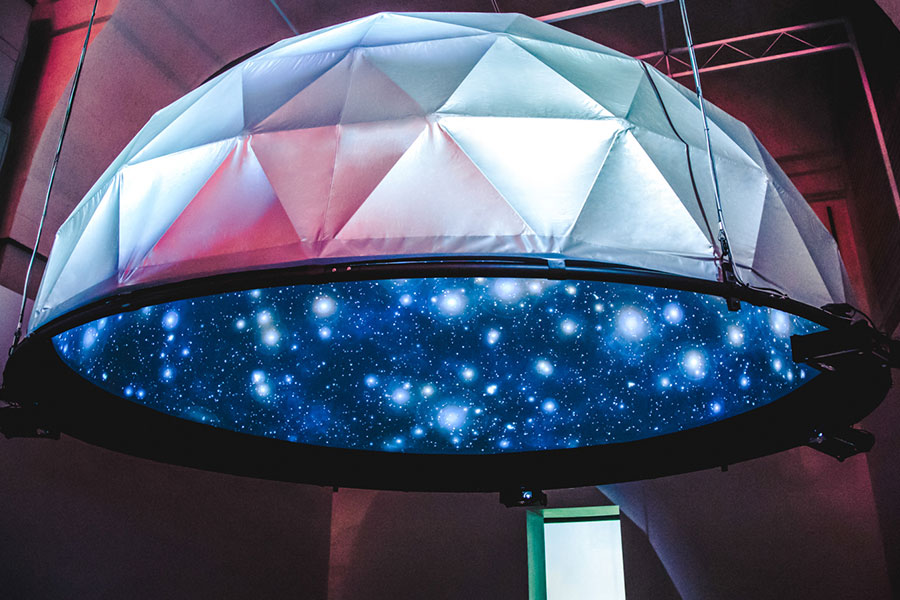 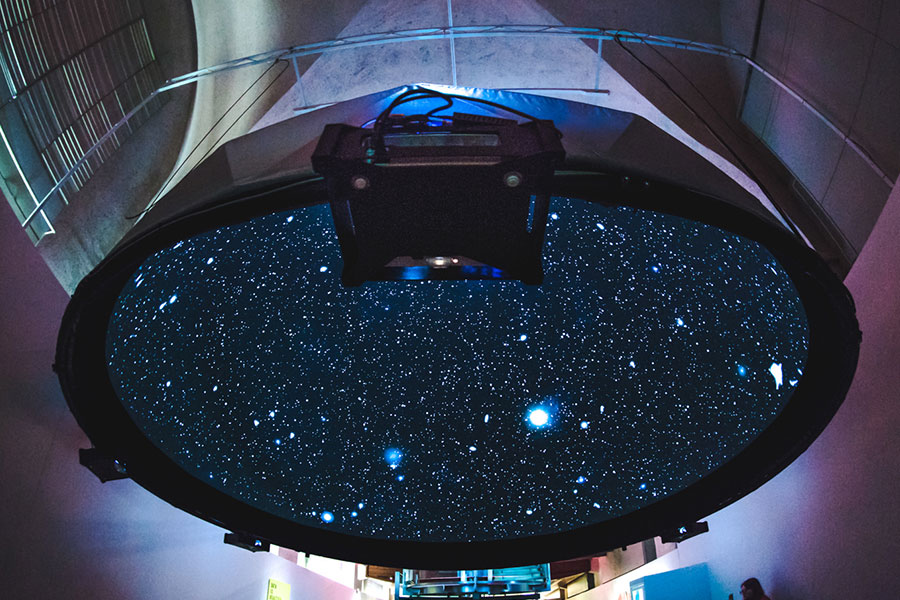 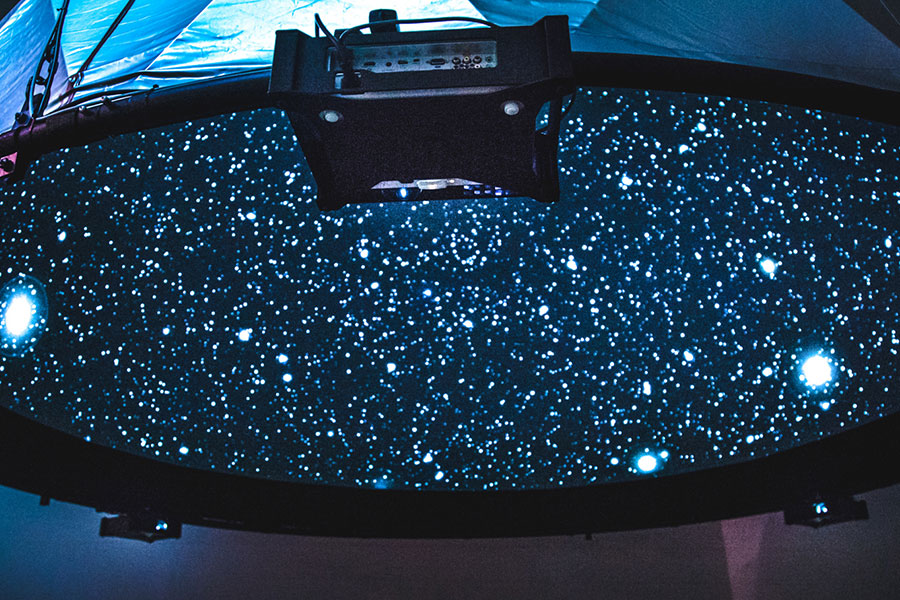 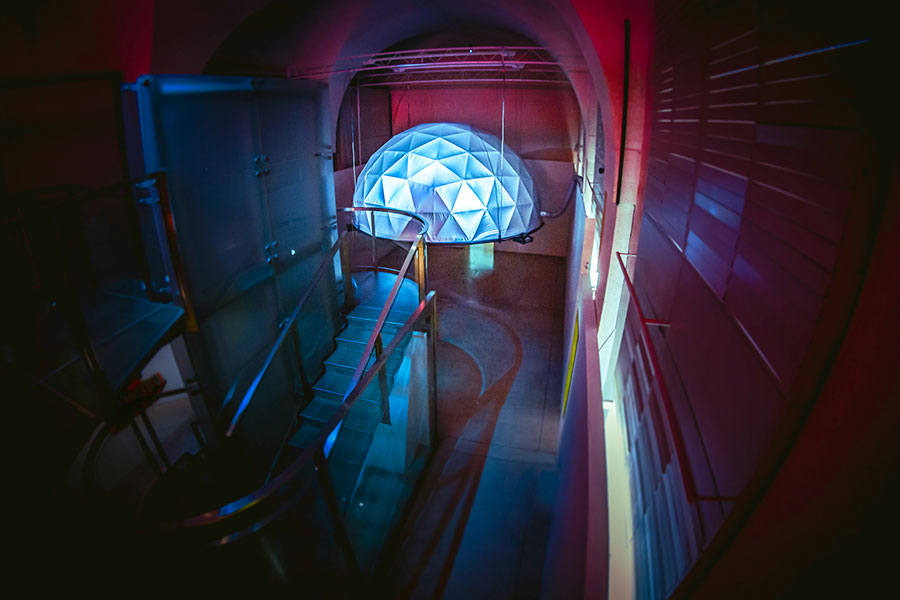