A New Era in Entertainment

Google “VR” today and you’ll get almost 1.5 billion hits, mostly to do with headsets and goggles. With the appearance of VR, a new era of entertainment and immersion has begun – an age in which the user finds themselves a participant in the content being screened, rather than just a viewer. But even with all the benefits of new technology, headset VR has one big disadvantage: it is a personal experience that cannot be shared in a group. The answer? VR Dome.

The Inspiration for the VR Dome

Laduma VR is a virtual reality (VR) and augmented reality (AR) company. The company wanted a marketing tool for business events and expos to present their product to large groups of people simultaneously. Once they had the idea, they asked Fulldome.pro to engineer such a solution. 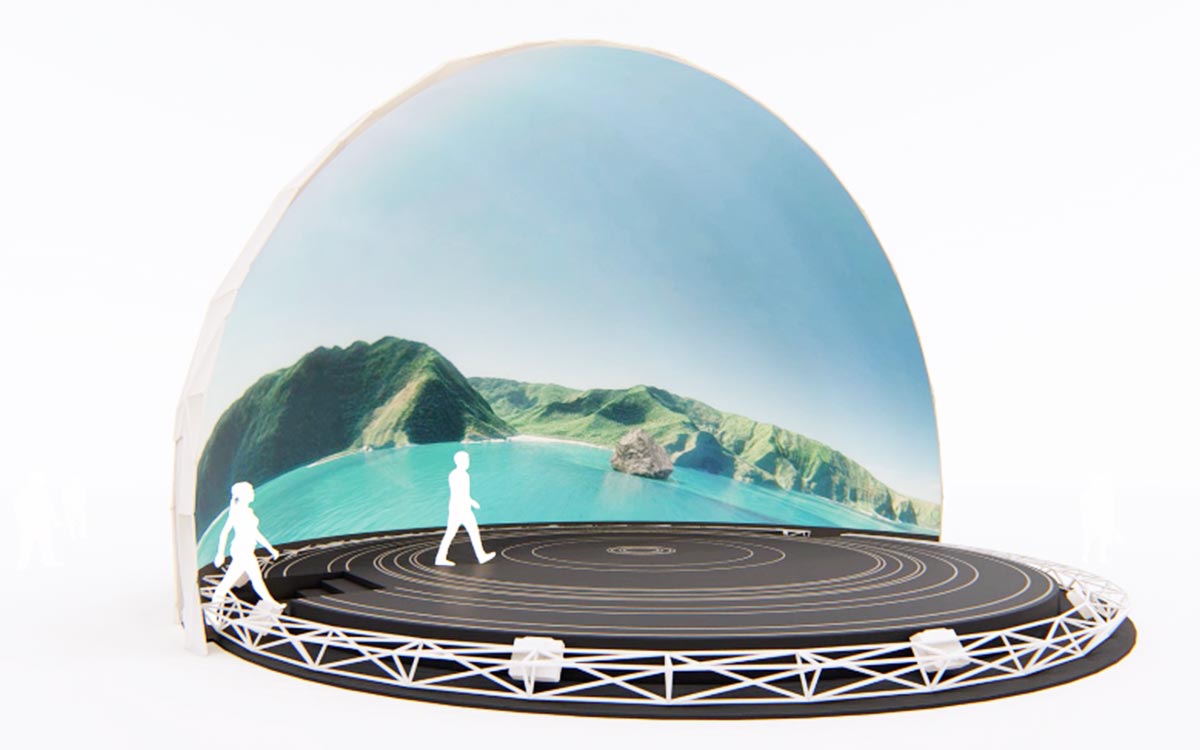 So what is VR Dome? Fulldome.pro has created a geodesic projection dome with a low screen line. While the screen usually starts at a height of one meter from the floor, in the VR Dome it starts at a height of just 40 centimeters. As a result, there is a 25% larger projection area in comparison to a standard 360 projection dome. This innovation means floor-to-floor projection, giving dome visitors a fully immersive experience, without any headsets or goggles.

Of course, an unusual type of screen like this needs a different type of projection. To allow people to move around the dome without casting shadows on the screen, our IT specialists set up the projectors to project almost vertically.

“Because of the non-standard position, we can use only LED and LASER projectors. Visitors to the VR Dome can come close to the screen and they shouldn’t see the pixels of the projection. So we increased the resolution to 18MPx. We use 12 LED FullHD projectors for the small domes to make the brilliant picture”

The VR Dome in Numbers: