Immersive domes at SeaLife Aquariums for a whale of a time

In mid-2019, the world witnessed the completion of the world’s first open-water sanctuary for beluga whales. Located in the magnificent Klettsvik Bay, on the island of Heimæy, off the south coast of Iceland, the sanctuary has become the new home for Little Grey and Little White, two sociable cetaceans that were formerly living in captivity in a Shanghai aquarium. The sanctuary was built by the Sea life trust, assisted by various partners.

To create awareness of the Sea life trust beluga whale sanctuary and the whale relocation project, SEA LIFE Aquariums partnered with HeyHuman, a UK-based communication agency. HeyHuman’s task was to influence those visiting SEA LIFE Aquariums around the world to connect emotionally and financially with the two rescued belugas. To tell the story of Little Grey and Little White in an immersive experience that would inspire visitors to seek more information about the ongoing conservancy project and ultimately donate to the cause.

To achieve this, HeyHuman enlisted Fulldome.pro, as one of the world’s leading immersive technology providers, to create a projection dome that would enable an audience to see Little Grey and Little White at play in a realistic open water setting. Fulldome.pro supplied and installed 15 domes in SEA LIFE centers in six countries. Soon audiences at selected sites in the UK, USA, Germany, Australia, Thailand, and Iceland were able to share the magic of these magnificent whales. 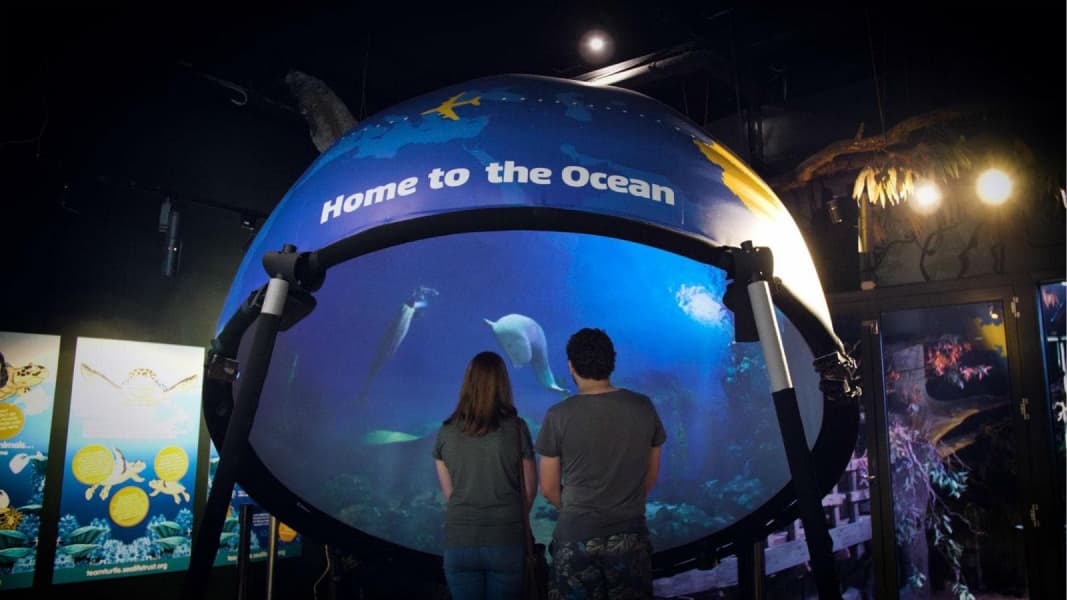 The installations at each center included a 3-meter (10 ft) mobile projection dome with DX4 projection system and 5.1 surround sound, and an illuminated information pod. Fulldome pro manufactured the domes, screens and customized inflatable covers in our Thailand factory and oversaw the manufacturing of the information stands. Fulldome.pro handled the logistics for the transport and delivery of domes and other equipment to each location. Our project manager oversaw the installation schedule and travel for installation teams. The Fulldome.pro installers trained to the staff at each site to operate and maintain the domes and we continue to offer ongoing technical support.

The public can now visit the installations at the SEA LIFE Centers listed below. When visitors enter the undersea world of the dome a brief introduction is played, before the very curious Little Grey and Little White arrive and swim around the audience and play in their virtual habitat. The amazing CGI video has been created by the team at The Mill with an audioscape by Aurelia Soundworks. The accompanying information pod gives more detail about the belugas and their trip to Iceland and includes a donation box to help support the Beluga Whale Sanctuary.

SEA LIFE at Mall of America

Through this installation, Fulldome.pro not only helped HeyHuman provide a 360-degree multisensory undersea experiences for SEA LIFE visitors but also showed SEA LIFE’s dedication to animal welfare. Other SEA LIFE centers around the world have a smaller video display with an information pod about the journey of Little Grey and Little White and the role of the SEA LIFE TRUST.

"The most challenging part was arranging delivery and installation of 15 domes each in different cities in 6 countries in a tight timeframe. Thank you to HeyHuman and Merlin Entertainments (the parent company of SEA LIFE Aquariums and founder of the SEA LIFE TRUST) for letting us be a part of this beautiful and challenging project."​ 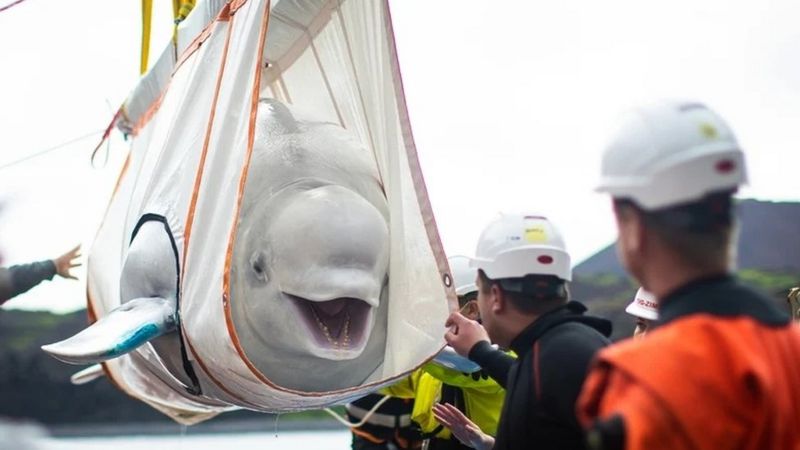 Two beluga whales taken from the sea nearly ten years ago are being returned to the ocean.

Little Grey and Little White are now being looked after at the world’s first open water sanctuary for belugas in Iceland.

It is the first time the belugas have been in the sea since they were captured by a Russian whale research centre in 2011 and later taken to a water park in China. 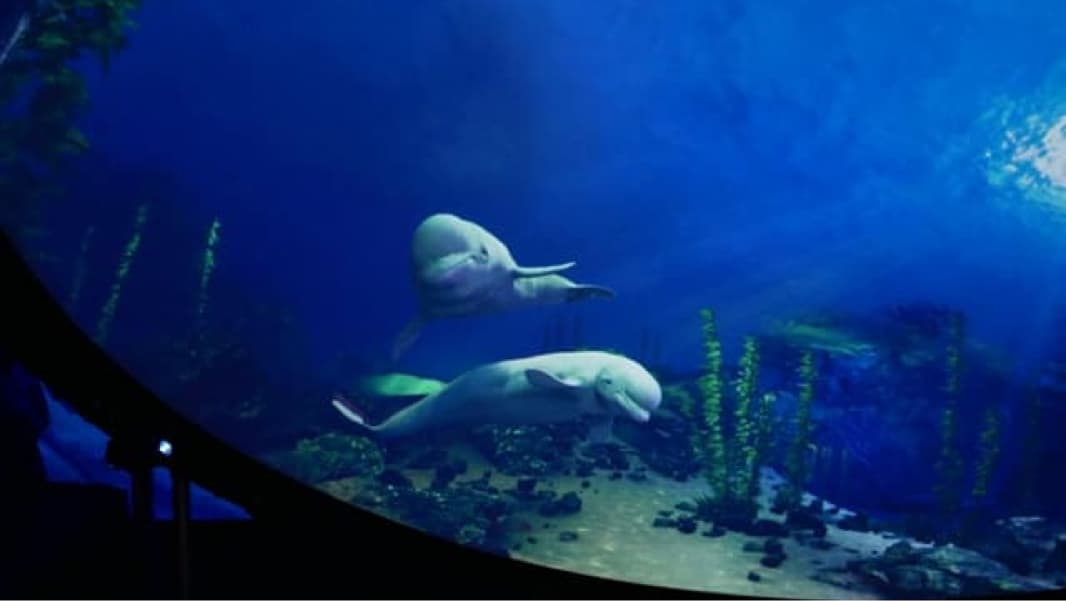